Critical new datasets of source quality, distribution and maturity together with hydrocarbon characterisations of oils and shows, enable significant inferences to be made about the number and quality of petroleum systems in operation across these underexplored basins.

“There have been several significant discoveries in the Canadian North Atlantic area during the past few years, especially in the Flemish Pass Basin, such as at Bay du Nord and Harpoon. This study has analysed the flowed oils, stains and source rock from recent key wells, which have been characterised and maturity assessed to provide better model inputs and calibration for petroleum systems analyses,” says Martin Fowler, head of APT’s operations in Canada and author of the multiclient study.

Flemish Pass oils are shown to have distinctive biomarker characteristics that differ from Jeanne d’Arc Basin oils. Excellent potential, presumed Tithonian, source rock intervals have been characterised in a number of Flemish Pass wells with an oil-source correlation demonstrated in this study. These new data also have important implications for the presence of source rocks in the Orphan Basin and the potential that indicates.

These new analyses of oils and source rocks from the Outer Ridge and northern Jeanne d’Arc Basin supplement data generated in the 2017 APT North Atlantic Margins Study. The high quality and consistent nature of the combined datasets produced provides a quantitative basis from which to examine and challenge some of the existing orthodoxies such as the assumption of a Middle Jurassic charge in the Jeanne d’Arc Basin. It seems clear that an as yet unidentified source rock, older than the main Egret Member, may account for some oils that occur in deeper reservoirs in this area.

“These new and high quality, consistent data and interpretation are key to parameterise and calibrate models of the known and potential hydrocarbon charge systems for these relatively frontier basins. I am confident that this study will help to optimise exploration strategies for the upcoming license areas,” adds Fowler.

Back to News & Insights 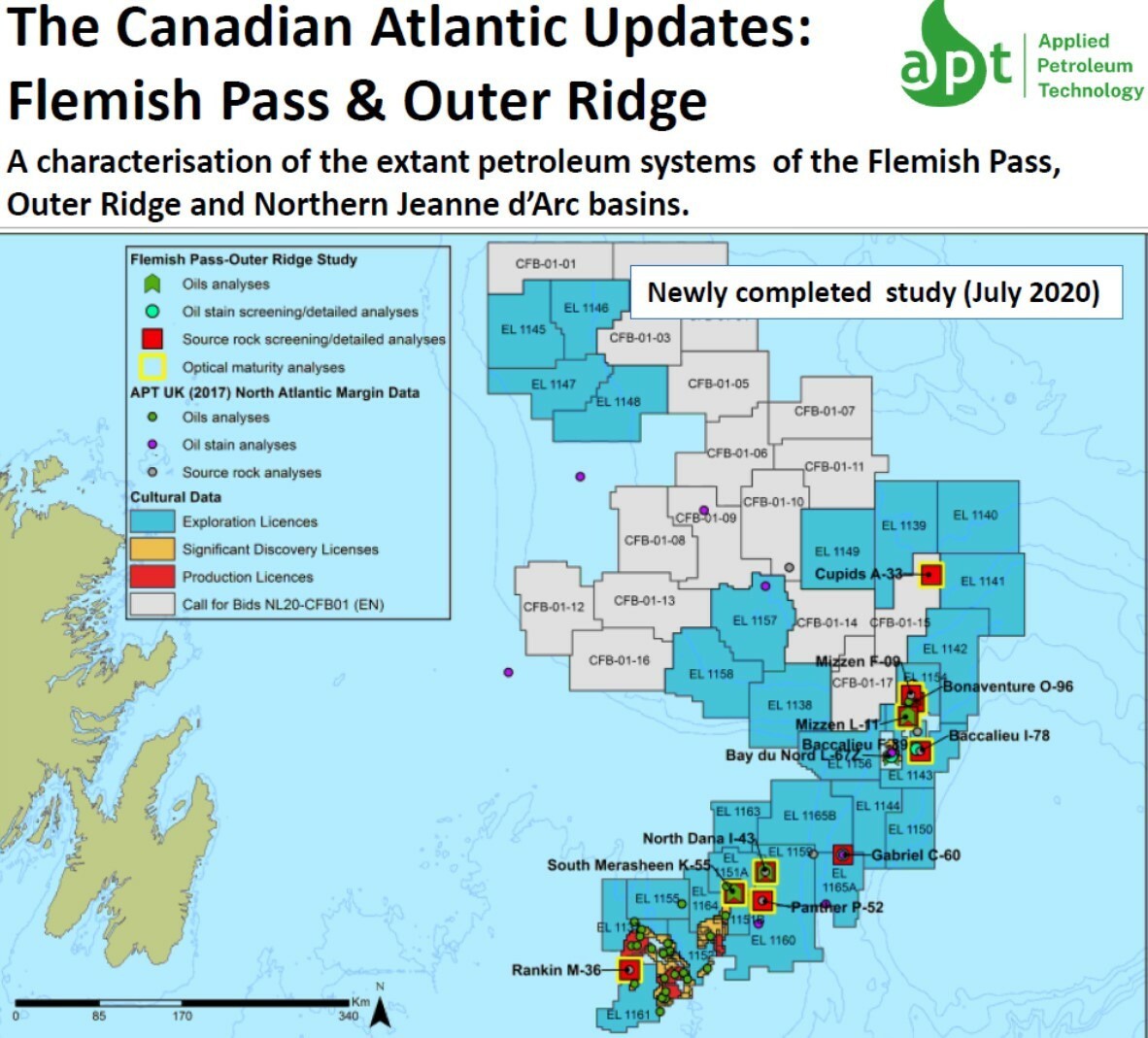